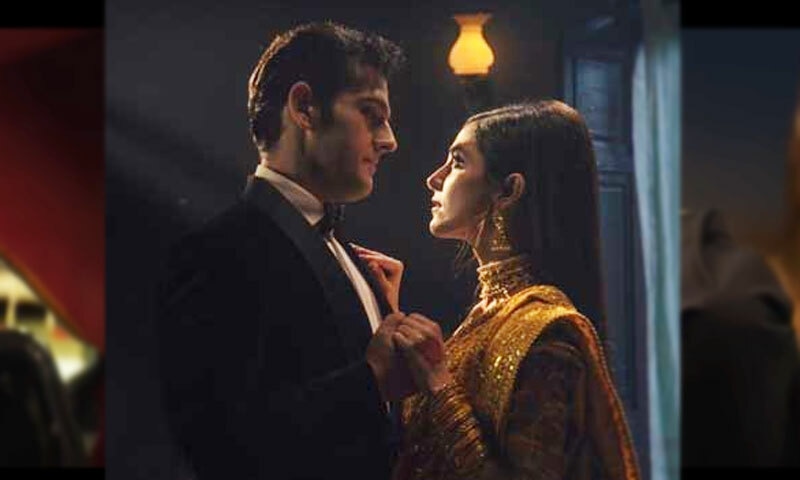 Singer-composer Azaan Samee Khan has released the third song ‘Ek Gana’ from his first solo music album ‘Main Tera’, which depicts the scenes of half a century old Karachi.

Azaan Samee Khan has already released two songs from his debut album, he released the first song ‘Main Tera’ in February while the second ‘Tu’ was released in May 2021.

Now after 7 months, the musician has released the third song of the album ‘Ek Goon’, in which he is seen romancing actress Maya Ali.

The special thing about ‘Ek Goon’ is that it shows the 1960s era of Karachi, the capital of Sindh.

The song depicts the secular Karachi of that time, full of art and romance and free from traffic noise.

The song shows Azaan Sami Khan performing at the famous club ‘Roma Shabana’ in Karachi at that time and also shows people enjoying life carefree in the same club.

Maya Ali is shown romancing Azaan Sami Khan in the song, who appears to be a girl from a big family, whose marriage is arranged elsewhere.

‘Ek Muna’ is written by AM Taraz, directed by Ehtishamuddin and produced by Syed Farhan Rizvi.
More about depicts

The music of the song is composed by Azaan Sami Khan himself, but he had the help of other musicians for other instruments including dholak and guitar.

Its poetry and most of all its imagery including the music of ‘Ek Goon’ is being appreciated and people seem very happy to see 1960’s Karachi.

Prior to the said song, Azaan Samee Khan had released his second album ‘To’ with Mahira Khan in May and it was also well received.

Azaan Sami Khan’s above mentioned album ‘Main Tera’ contains a total of 8 songs, other songs in the album include ‘Mahiya’, ‘Dholna’, ‘Jadogri’, ‘Aashiqui’ and ‘Mere Sajna Re’.

Azaan Sami has been supported by 63 musicians from 5 countries of the world in the preparation of the said album.